We’ve finally made it to June again, which means summer is basically here! To celebrate, I’ve got a handful of new YA releases from the past month that give you those vacation vibes!

For Those Who Enjoyed: Gone Girl, The Girl on the Train, Asking For It, Sisterhood of the Traveling Pants, The Secret Life of Bees 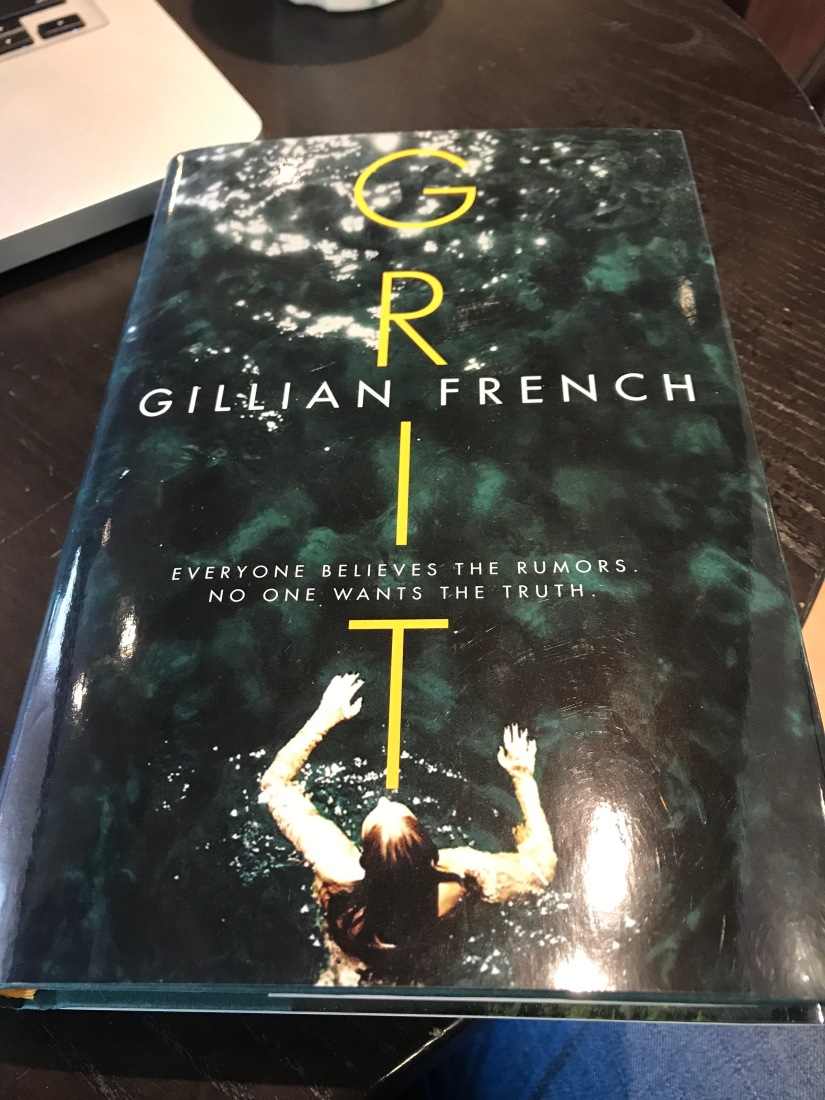 I swore I wouldn’t come back here this summer, not to Mrs. Wardwell’s foghorn voice and blisters the size of nickles. But when I went down to Gaudreau’s Take-Out on the last day of school and asked for an application, you know what Mr. Gaudreau said? “Sorry, honey pie, this is a family business.”

I’m kicking this off with a bit of a dud. Unfortunately, this one just doesn’t grab me. I’m afraid the synopsis does far more to intrigue the reader than the actual writing itself does. There’s no buildup of tension to plant the seeds for this mystery/thriller and the first mention that the best friend’s gone missing isn’t a proper reveal moment, it feels more like a throwaway line. Not the best representation of whatever’s to come. As the title semi-cleverly suggests, the novel is set in the South. The sociolect used between the characters is very foreign to me as a result and it’s not a great way to draw me in when I already feel alienated by the completely lack of any hook. Aside from that, the only other thing I can gleen from this opener is that there are boys and small town slut-shaming gossip. Which, if there was any hint that French was really going somewhere profound with it, I’d be all for. Yet it feels more like the usual mean girls plot and I honestly don’t need another one of these in the world. I’m bored and it’s just not doing a single thing for me.

For Those Who Enjoyed: Pretty Little Liars, Gossip Girl, The Raven Boys, The Princess Diaries, Confessions of a Shopaholic, Rainbow Rowell.

My serve has been my secret weapon ever since I mastered it at Wimbledon junior tennis camp two summers ago. The moment I arch my back and feel my racket make contact with the ball, I know Libby is done for.

She runs for it, almost tripping over herself in her haste to get to the corner. The ball slices right and smashes into the hedges. She’s not fast enough.

I can see exactly where this slots into the market, which is a huge plus whether it’s good or not. It’s another privileged rich white girl prep school plot. It’s tired and again, we don’t need another one of these. But I will say, for what it is, I could easily see this one as a fun, trashy airplane read. Pick it up at the airport during your layover alongside your pack of gum and People Magazine and just switch off for two or three hours. Maybe The Princess Diaries is playing on the plane. I don’t know. But that’s the exact type of book this is. I wouldn’t personally publish it, because it’s a little too vapid. As fluffy chick lit though, it gets the job done.

Girl Out of Water

For Those Who Enjoyed: Sisterhood of the Travelling Pants

I float in the Pacific Ocean.

As I straddle my longboard, cool water lapping around me, I watch surfers up and down the coast take on baby waves, four-footers that will carry them a short distance before breaking into froth and foam.

I’m waiting for something better.

This is essentially the plot of the Sisterhood of the Travelling Pants book where Bridget goes to the South to visit her grandmother and figures out who she is. Again, nothing new, but apparently, that’s what sells in the summer… It’s variations on a theme and they all look like identical slices of Wonderbread. I’m not overly impressed to be honest.

For Those Who Enjoyed: Nina Lacour, The Impossible, The Hate U Give, History is All You Left Me

This is a memory I want to keep forever: Grace standing at the stove of her parents’ rental cottage in one of her dad’s oversized T-shirts as she makes us a can of SpaghettiOs. Her mom already cleaned out the fridge and cabinets, throwing away anything with an expiration date.

I’m just gonna say it: I think Balzer & Bray have their finger on the pulse on what is not only good literature, but what readers are dying to see in terms of representation these days. They know what’s up. (For those of you who don’t know, they’ve also published The Hate U Give, based on the Black Lives Matter movement and Murphy’s other novel, Dumplin’, featuring a fat-positive message, both of which are acclaimed.) Ramona Blue only clinches my theory because this is another story not only featuring wlw characters (I believe in this instance, at least one of the leads is bi and in a relationship with another girl), but also set to a backdrop of post-Hurricane Katrina America. It’s vivid and real and full of visceral longing and I think of all the May 2017 releases, this is the one I’m most excited to pick up and read from cover to cover.

What are your favourite fluffy books set in the summer?