For Those Who Enjoyed: Indiana Jones, Outlander, Back to the Future, A Wrinkle in Time, This Savage Song, Dreamland Burning, The Lie Tree, Code Name Verity, The Diviners 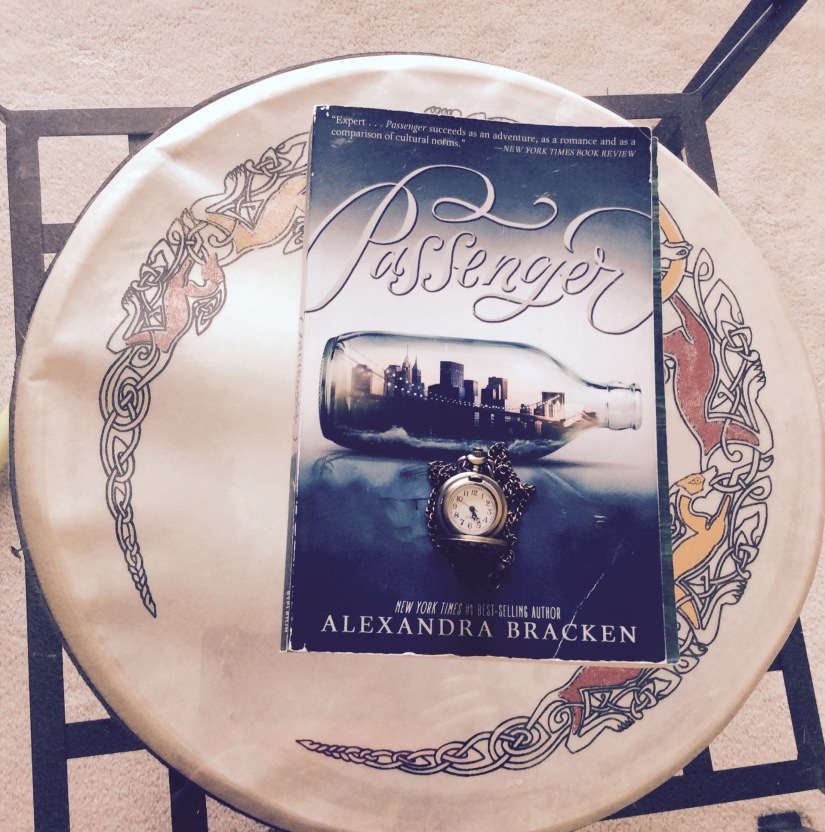 This was kind of everything I want in a novel. I may be extremely biased, considering I too have written a time travel series about family blood feuds, but I’m still absolutely here for it all the same. This is my first Alexandra Bracken novel (she’s far better known for her insanely popular The Darkest Minds series) and I somehow imagined a far simpler writing style on par with most YA fantasy series out there. I am, however, delighted to find my assumptions were wrong, and in fact, Bracken weaves together a complex, beautifully written story crossing the boundaries of time.

There were so many things going into this novel that had me absolutely grinning ear to ear giddy. Etta (who has a great, original name vintage flavoured name, which I loved) is an incredibly smart, driven female protagonist. She’s an insanely affluent violinist training to play with the greats. She’s so focused, with her eyes honed right in on the prize, that it all almost works to her detriment. This is something I definitely think is lacking in YA female protagonists lately. So often, they’re drifting and don’t know what they want at the start of the story, and often don’t figure it out until the end of the series. But here, Bracken gives us a different take. Etta knows who she is, what she wants, and how to get it, and Bracken throws her in the deep end of the complete opposite of what she expects. Etta effectively loses the one part of her life she can depend on in being thrown back in time. I gotta say, although I’m upset that the likelihood of Etta’s returning to her life as a sharply-motivated violinist is pretty slim given how her arc progresses, I’m loving this inversion of the YA female stereotype. Etta has to learn to let go and be less of a control freak in her own life and I like that.

There is nothing that makes me more excited in a book than surprise Victorian settings. As with any time travel plot, Etta and Nicholas to a certain amount of bouncing around from one era to the next. Shockingly enough, for a time travel writer, I might not have a good sense of what a typical time travel story is like, but I can’t say I’ve ever read one that uses the jumping from one era to the next so liberally and so effectively. A lot of the time travel novels I’ve read have stuck to a single era, but this one has a very clear goal propelling them through the different time periods. Bracken’s very meticulous about her every choice she makes and no time jump feels out of place or superfluous to the plot. Etta and Nicholas stay as long as they need to in every era, no more, no less. Although this may not be your usual quick YA read, the plot is tight and gets on without any unnecessary waffling.

That being said, I am a little disappointed that we couldn’t linger and properly savour each era. Bracken’s so hyperfocused on Etta’s task at hand, she never gives the reader an opportunity to explore each new setting. In the span of the novel, we see World War 2 London, 19th Century France, 16th century Damascus, and yet it’s a very insular perspective on each era. One that doesn’t fully embody the atmosphere of each place and time. The tight rules of time travel in Bracken’s world seems to work against her in this way. Because Etta and the other time jumpers aren’t allowed to interact with themselves from different timelines, or really interact with big world events, there’s no opportunity to do any fun name drops to give that real sense of place.

Refusing to let her characters interact with the world around them, Bracken effectively strips all meaning of time and place. Both Nicholas and Etta struggle with their sense of belonging. Etta, a modern girl being thrown into the past, and Nicholas, a 19th century boy punished to never jump through time again. The pair of them are essentially blank slates, ones who could redefine that sense of belonging; that sense of home, not applying it to a specific place or time, but in with each other.

Very rarely do time travel romances do the whole “their love defies time and place” without being cheesy and melodramatic, but Passenger definitely succeeds without being overwrought. The romance, when it starts picking up steam, doesn’t overpower Etta’s original mission. She’s determined to find the astrolabe to save her kidnapped mother and Nicholas is 100% there to support her through it. (A trope I’ve also been known to use on a pretty regular basis). That mission is first and foremost a priority and Bracken doesn’t diminish its importance in favour of the central romance, while still making Etta and Nicholas’ romance a sweeping one. And I respect that!

I will say, I read this book on and off within a series of about four months, while getting distracted by other books. I feel like had I read it within a week, I would be far more in love with it than I was. I was fully on board for it in a big way within the first 150 pages, and I think my enthusiasm diminished the longer I left it sitting on my bedside table. So if you like some fantasy, like some history, like some romance, all tied together in a heftier-than-usual YA package, this is that novel. Just expect to really take some time to savour it because I think this is definitely one of those books you have to spend quality time with.