I’m rounding out the month with some of March’s contemporaries for you guys!

The Inexplicable Logic of My Life

I have a memory that is almost like a dream: the yellow leaves from Mima’s mulberry tree are floating down from the sky like giant snowflakes.

For Those Who Enjoyed: History is all You Left Me, At the Edge of the Universe, The Rest of Us Just Live Here, David Leviathan, Aristotle and Dante Discover the Secrets of the Universe, A List of Cages, Perks of Being a Wallflower

Full disclosure, I have not read Aristotle and Dante Discover the Secrets of the Universe, (not that you’d need to  – this one isn’t the long-awaited sequel), so I’m going in completely blind. I expected Saenz’ writing to be more poetic for some reason. It’s not doing a ton of things any different than the contemporary authors I’ve read lately. But it does feel very true to the teen experience, so I definitely understand why teens are so attached to his writing in that sense. I do like seeing more and more stories written by male authors about boys who cry and feel things. It’s important for boys to see themselves in the stories they read, and be told that they’re allowed to be emotional, to let it all out. Toxic masculinity hurts boys just as much as it hurts girls in the realm of patriarchy and feminism, so it’s nice to see more authors taking on that conversation. The narrative voice also has a lot of character; it’s engaging. The dialogue is so realistic, and so natural, it’s easy to forget you’re even reading.

In terms of if I would personally pick it for publication, it’s a bit unfair of me to say I wouldn’t, simply based on my leaning more toward fantasy, but that’s how publishers/agents are like in real life… And that’s why we have publishers and their imprints specialising in different genres! What doesn’t fancy one agent or publisher would be gold for someone else! That doesn’t make this one a bad read at all. In fact, I would highly recommend it to readers, especially those who already love Saenz’s work. It’s nice that Clarion at Houghton Mifflin picked this one up! (Fun fact: Simon & Schuster have full bragging rights for snapping up Aristotle and Dante, meaning Saenz is published under different houses…)

Six stencils in and it’s gone. Okay, the tag vanished by Stencil Number Two, but I have a point to prove. I’m not covering up your scribbled slur with just anything, I’m making art here. I’m creating. I’m on fire.

For Those Who Enjoyed: History is all you left me, Love and First Sight, The Fault in Our Stars

I’m not terribly interested in a graffiti plot, so I wouldn’t personally publish it, but the hook is both interesting and important. I’m seeing more and more disabled characters in YA lately, which is really nice. I’ve seen a handful of blind protagonists, but I don’t think I’ve seen any deaf protagonists until now. I’m so glad YA authors are starting to write stories about disabled characters doing normal teenage things, getting into trouble, being rebellious, talking back… All these things you’d expect from an able-bodied character. Almost as if they’re ordinary people or something… hmmm…

Depending on who–sorry, whom– you ask, I may have killed my three best friends.

For Those Who Enjoyed: A Good Idea, History is All You Left Me, All the Bright Places

Wow, that opening line gives me chills… This may be because I’ve got morbid interests, but this is the exact kind of contemporary I’m into. I could probably read contemporary YA novels about death forever. I don’t like happy, fluffy novels. That’s why I don’t read contemporaries that often. Which is why I’m so here for all these heart-wrenching contemporaries that really go through the motions in terms of addressing grief and trauma. I will always defend YA novels that deal with real, hard truths of being a teen that go beyond the everyday rabble. People die, and teens struggle with that. It’s important that they have a voice to speak for them, and tell them that they’re not alone. I support that and I will continue supporting that. Also, the consequence of texting while driving is something I rarely see addressed without being condescending. Teens know it’s bad, but there’s that assumption that if it’s going to happen to someone, it’s definitely not going to happen to them. And I think it’s nice to bring it back to them in a shocking way that talks to their level. This is where I might make an exception in my extremely sci-fi/fantasy based imaginary agency/publishing house and choose this one for publication. Or at least pass it on to a more contemporary imprint.

Welcome to the first ever Sneak Peek Weekend! I thought I’d do a quick little explanation why I decided to do sneak peeks for some books, and full reviews for others. It turns out, Canada’s a challenge when it comes to acquiring new releases. Although my hometown’s public library system is amazing, there is always a chance I’ll get stuck in a 50-person long waitlist for books, especially new releases. And the bookstore system isn’t much better. It’s not exactly a case of stopping in at Waterstones and picking up a £5 paperback on a whim as it is in the UK. Here, new releases are only sold in hardcover, and go for anywhere between $20 to $35 a pop and I don’t know how many people are willing to throw down that much money for books they’re going to take less than a week to read… I personally wouldn’t.

Herein lies my fun compromise: every month I stop into a bookshop to browse the past month’s new releases to bring you my first impressions! I’ll be posting two or three books at a time with my expert marketing and editorial opinion to showcase the type of notes a manuscript might get within a publishing house.

Today, I have two stellar contemporaries, one in prose, one in verse!

There is a room in this school no one knows about but me. If I could teleport, I’d be there now.

For People Who Liked: Perks of Being a Wallflower, All the Bright Places, We Are the Ants, The Rest of Us Just Live Here, Aristotle and Dante Discover the Secrets of the Universe

If I were an agent/acquisitions editor, would I select this for publication based on the opening chapter?*:

I think I would! For a debut author, the writing is solid, with some nice, well-thought out descriptive language while still maintaining a realistic narration for a high school setting. The protagonist is sympathetic, going through very real high school situations. You immediately feel for and relate to him. Obviously bullying is not a new concept for teen stories, but it’s one that should continue to be portrayed as accurately as possible, because it still is a persistent issue in schools that probably won’t ever go away so long as kids don’t get along.

I don’t know where it’s going based on the opening chapter alone, but the synopsis is definitely intriguing. I’d pick it up to finish in the future and recommend it to teenagers going through similar ordeals.

The You I’ve Never Known 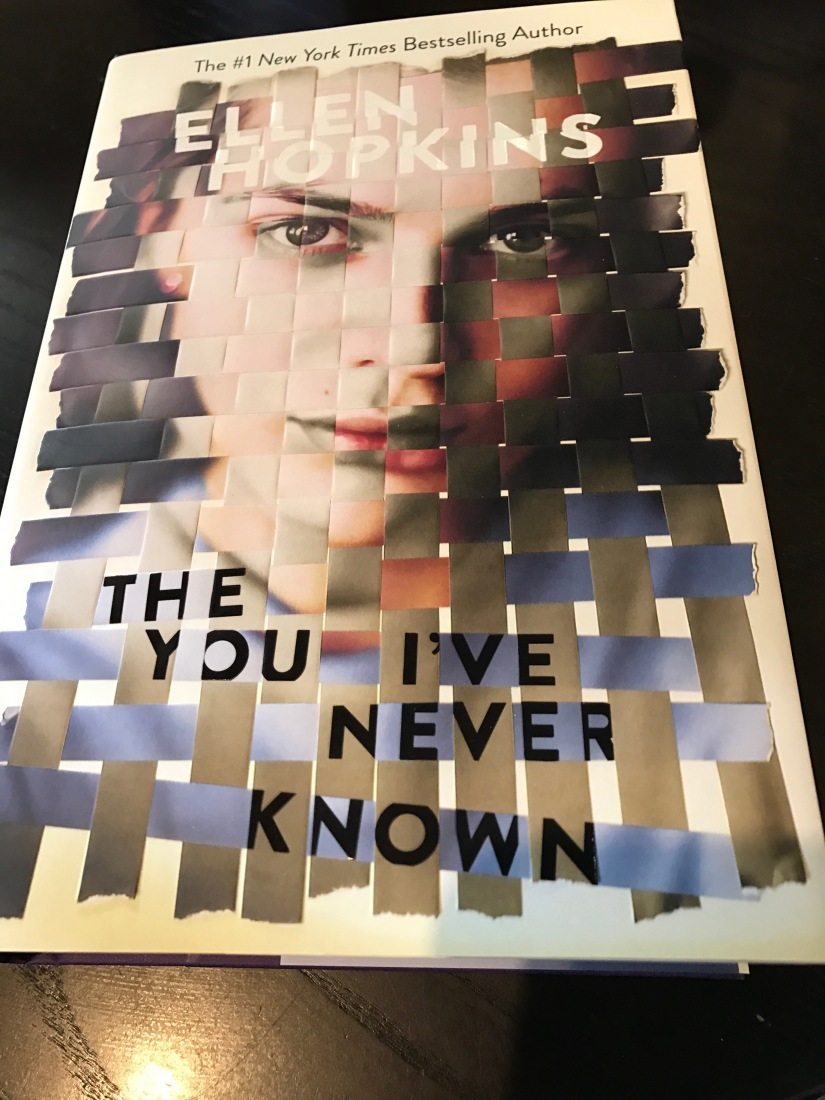 For People Who Liked: Sarah Crossan, All the Bright Places, Perks of Being a Wallflower

Target Audience: fans of poetry and novels in verse, LGBT teens, readers looking for ethnic diversity in YA.

Would I select this for publication based on the opening chapter?:

Absolutely without hesitation. I’m not a fan of reading poetry often, but this grabbed me right away. It’s got personality. It’s not a huge info dump, nor is it saying anything too new, but it’s doing it in a unique format. Within the first twenty pages, we get a good sense of diversity, discussions of sexuality, and hints of the protagonist’s broken home. It sounds like a lot, but Hopkins drops these little seeds of shocking details in such subtle ways. If you’re not used to reading poetry, Hopkins presents it in an accessible way, so don’t let that intimidate you!

*Agents and publishers will ask for different things when accepting submissions. Some will accept 15 pages, some, 50. I’ve chosen to read the first 10-20 pages of each novel to get a sense of just how quickly publishers will pass judgement on manuscripts.