The Inconceivable Life of Quinn

For Those Who Enjoyed: Juno, Jane the Virgin, Asking For It, The Unbecoming of Mara Dyer, Lost Girls, To the Lighthouse, Chopin’s The Awakening

This is a spoiler-free review! 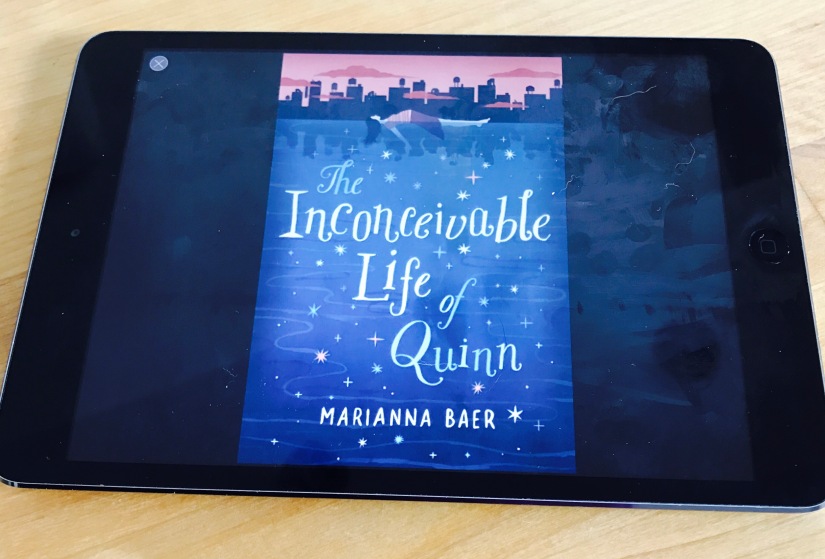 I was given an ARC copy of this book by the publisher in exchange for an honest review!

Don’t ask me why, but I’ve always been fascinated by pregnancy plots. Anyone who’s familiar with my fiction writing knows I sneak it into my narratives at least once. So I was instantly interested in checking this book out. Given how taboo teen pregnancy is, I’ve seen very few books on the topic in the young adult market, so I was shocked when a chick lit type fluffy novel showed up. Why would a lighthearted book about teen pregnancy be out there in the world? I had a lot of questions about it and I needed the answer.

The plot itself isn’t a particularly original one, given Jane the Virgin’s been doing the same schtick for three years now. But the magical realism element gave it its unique heft. Unlike Jane the Virgin’s hook of an artificial insemination gone wrong, Inconceivable doesn’t tie itself to a logical explanation for Quinn’s virgin pregnancy. Most of the novel is spent trying to make sense of it and the mystery is what keeps the narrative afloat. I could have easily set this one aside one chapter in, but something about the intrigue of it all kept me going. There are so many I need to know where this is going paths that just about excuses the almost mediocre writing style.

Baer addresses possibilities for how Quinn may have been impregnated without knowing in ways I haven’t seen YA authors address female sexuality before. Going into this novel, I didn’t think she would be touching up on drugs, rape, incest, and PTSD that might come with it as much as she did. And because this is supposed to be such a light fluffy novel, I found the tonal shifts very jarring. The assumption is that something horrible has happened to her to give her regressive memory, so much so that her parents are more willing to lie and convince her she’s been victimised than they are to believe something extraordinary has happened. There’s a really serious, intense, important message building there that Baer doesn’t quite drive home. As if she’s not fully committed to the severity of the situation.

Her use of multiple narratives throughout gives Quinn’s character development some interesting depth. Quinn takes on the majority of the narration, but the novel is peppered with outsider narratives that really challenge her reliability as a narrator. There is nothing I love more than an unreliable narrator, so I would have liked Baer to really go there and make the reader seriously question whether she really is suffering PTSD or if she did have a divine experience. It would have been a far darker story, but I think it would’ve been stronger and more meaningful for it, especially as a novel written to counteract slut shaming, rape culture, gossip media and religious extremism.

I really hope Abrams and Amulet market this with all those messages in mind, because this book is definitely trying to say more than it appears on the surface. It’s opening that dialogue, in however a fluffy way, and I think that’s important.