A Tragic Kind of Wonderful

For Those Who Enjoyed: All the Bright Places, Perks of Being a Wallflower, Mean Girls

*This is a spoiler-free review! 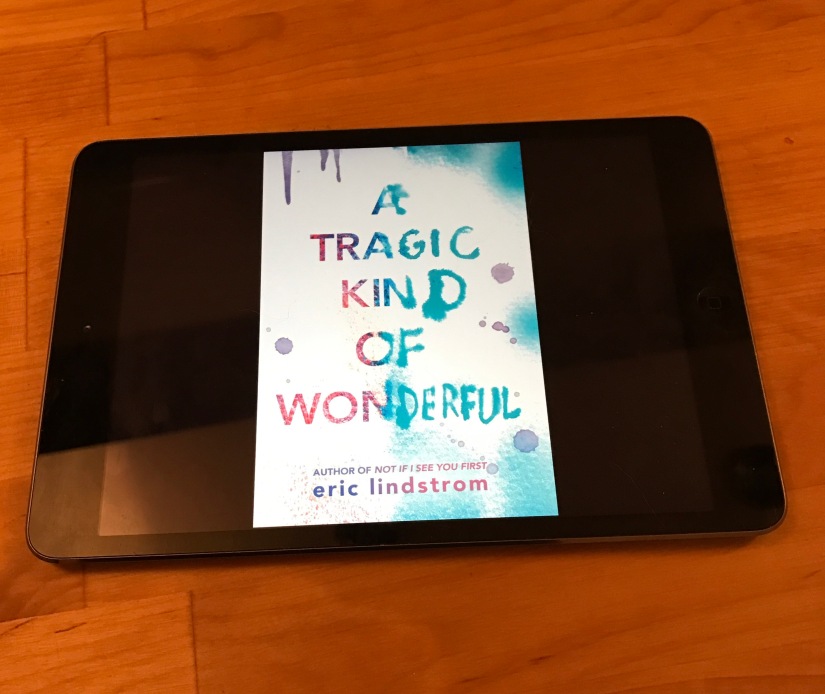 In my grand list of new February releases to check out, this one wasn’t a particularly high priority. But after RoseBlood, I needed a quick palate-cleanser and A Tragic Kind of Wonderful happened to be instantly available at the library.

I will say right away, I’m always so excited to see contemporary YA authors confronting mental illness in a raw, honest, and meaningful way. And although bipolar disorder seems to be a hot topic in contemporary YA over the last few years, I feel like I definitely learned more about the disorder reading this than I expected. It doesn’t feel nearly as lovingly written as All the Bright Places was, given how short it is, but it’s undoubtedly well-researched. And because it was so well-researched, all the coping strategies put in place felt very true to life. As someone who’s gone to therapy for mental illness, I saw my own experience in main character, Mel’s interaction with her own therapist and how she puts her coping mechanisms in place. What’s more, she has a stable, productive, and positive relationship with her therapist, something that isn’t always portrayed in YA, depending on what aspect of the struggle with mental illness any given author is trying to address. (Jennifer Niven, for instance, looks to highlight how adults tend to shrug off mental illness as irrelevant.) So I think it’s nice that even though it’s mentioned that Mel’s been through a handful of therapist she hasn’t liked, at the point the novel takes place, she’s finding a routine with this therapist that does work for her. Even nicer still, the novel opens with Mel already aware of her bipolar disorder, and with her coping mechanisms in place. It’s that day to day dealing with mental illness as part of a narrative that I enjoy. I know my experience and many others’ is being represented. And that’s a great feeling.

All the subplots in comparison feel very secondary to the mental illness. There are several plots and twists being woven into this short narrative (it’s less than 300 pages long) and in the end, none of them really feel like they matter in the grand scheme of things. It’s as if Lindstrom wanted to write a novel about bipolar disorder, with bipolar disorder as the main character. Everything’s kind of frazzled and all over the place and nothing quite fits together until the end. None of the characters quite feel fully realised and I didn’t quite care about them as a result.

Given that, the more I think about it, the more I feel like this story would be more interesting and groundbreaking if the protagonist were a trans boy. Throughout the novel, I kept reading Mel as a boy (and often forgot her name entirely). The only real thing that differentiates her as a girl is the fact that she’s on her period throughout the novel. But who says she can’t be a boy struggling with this same issue? There is certainly a lack of trans protagonists in literature in general and menstruation as a genuine issue for trans boys is an even rarer discussion in the media. Men rarely write in such detail about women and menstruation in fiction, and it’s already shocking that Lindstrom’s doing it here, and making an important plot point out of it. He’s not making any statements about how periods control girls’ behaviour. Instead, he’s addressing a very real fact that menstrual hormones cause imbalances when paired with bipolar medications. While I think it’s great that he’s going there with a female protagonist, I would’ve liked to see him go one step further.

That’s not to say the whole menstruation plot is the only reason why I’d cast a trans boy as the protagonist. There’s also a lot of discussion about sexual identity in this novel. There’s talk about being gay and out to your friends, and bisexuality, and how this is a valid way to identify. And again, it’s doing fine as is. It’s already going a lot further than many narratives go in terms of that discussion. But there’s a Mean Girls-type subplot, which is almost overdone at this point. Granted, the queen bee who drops her best friends because they’re not cool enough for her anymore is a very real social issue that happens again and again and again in high schools. It’s happened to me and it’s happened to other girls in my life. I personally think writing Mel in as a trans boy would’ve slotted well into that bullying plot, and done something new with it. I like to hope trans kids have at least some people in their lives to support them, but there is always going to be that one person who refuses to accept who they are, and would cast them aside for not being something they can control in their lives.

I just wanted this story to be bigger, and saying larger things.