In honour of the women’s rights marches happening in Washington and all over the world today, here’s a celebration of some of my personal favourite kick ass girls in fiction.

The Ladies of Star Wars 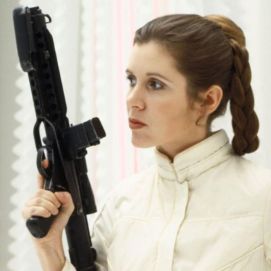 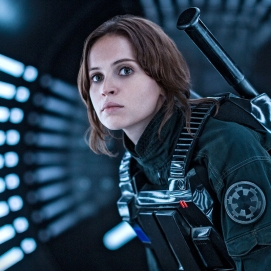 It just wouldn’t be a rebellion without mentioning the women of Star Wars. I grew up with Princess Leia as my first hint at how strong and amazing female characters could be and now there are even more Star Wars ladies the latest generations of girls can look up to. Rey and Jyn Erso are both aspirational women who fight for what’s right. And now more than ever, girls need Leia, Rey, and Jyn. They speak up, they fight, they lead against white supremacists, members of an oppressive power group rising to prominence at a scary rate even today. Ladies, we are the rebellion. Pin up your hair, raise your fists, and fight. 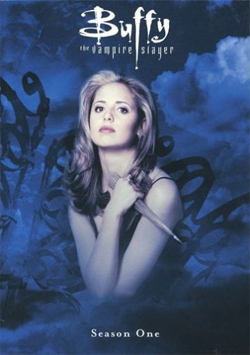 Another fighter, Buffy Summers didn’t choose to become a slayer, but she takes the responsibility of protecting Sunnydale from the vampire and demonic population nonetheless. Joss Whedon first wrote her as a response to the dumb blond cheerleader stereotype. Buffy was one of the first mainstream examples of kick ass heroines. Buffy Summers is effectively a superhero. And that’s amazing. She’s allowed to be girly, she’s allowed to enjoy dating, she’s allowed to go out and dance. She’s allowed to be a girl. And when she’s ready to pass on the torch, she doesn’t just empower the next slayer, she empowers an entire generation of girls ready to fight for their world, both in the show and in reality.

The Ladies of Firefly 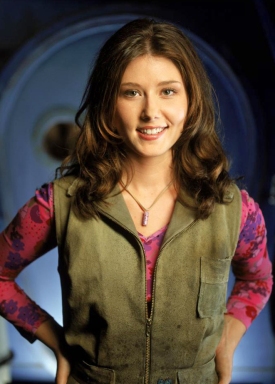 When asked why he keeps writing strong female characters, Joss Whedon famously said, “because you keep asking that question.” So many writers have stepped up and risen to the occasion since Whedon’s heyday, but at the height of his popularity, Joss Whedon gave us an amazing range of multi-faceted female characters. Kaylee, Zoe, Inara, and River of the Serenity crew are four such characters. Kaylee’s an engineer who loves frilly dresses, Zoe’s a fierce soldier, Inara’s an escort who knows her worth (thank you very much), and River’s a supergenius and a dangerous weapon. They all bring so much to the table and take no nonsense from anyone.

Perhaps the most politically relevant female character to date, Leslie fights tirelessly against political corruption in America while lifting up the women in her life. Her position in the department of parks and recreation puts her in direct opposition to some pretty ignorant, self-interested, idiotic politicians who stand in the way of important progress. It’s not even a subtle stab at the realities of American politics today. But the fact is, with her teeming pile of binders and ceaseless hours spent writing speeches to speak her mind, Leslie gets stuff done. In a stark world where Trump won against Hillary, thank god Leslie Knope eventually becomes president of the united states one day. I look forward to that reality…

The Ladies of Brooklyn Nine-Nine 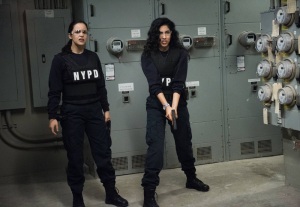 The amazing thing about about Brooklyn Nine-Nine is its diverse cast of characters. Not only are Terry and Captain Holt two black characters in positions of authority in the police force, but Amy Santiago and Rosa Diaz are both Latina women. Similar to Leslie Knope, Amy’s a nerdy binder wielding do-gooder, while Rosa is a no-nonsense badass. Both are pretty damn good police officers. Together, they fight crime. And let’s not forget Gina Linetti, who, you know, is better than you.

Say what you will about Jennifer Lawrence and the film adaptation of the Hunger Games series, but I stand by the fact that Suzanne Collins knew exactly what she was doing when writing this series. She wrote The Hunger Games as a response to real life instances of war such as Iraq and Vietnam and the result was the first instance I’ve ever seen of YA literature addressing PTSD and the horrors of war head on. There is so much going on in this series which gets closer and closer to the real world each year. The censorship and media sensationalism as well as capitalist corruption sets a mirror up to the face of modern society which refuses to get it. Katniss Everdeen is a reluctant face of rebellion, but she fights because she has no choice, because she is at the bottom of the totem pole while the upper classes take advantage of her and the lower classes for their entertainment and comfort. Take a look at Suzanne Collins’ work and take notes. Because this’ll be our reality soon enough. Let’s teach our girls to fight for their rights like Katniss did. Soon enough, they may not have a choice.

In a male dominated 19th century narrative, Mina’s stuck in a hard place. But she’s an example of where the fight for women’s rights come from. Mina’s what was referred to as a bluestocking, that is, a middle class woman who chose to take on secretarial work instead of taking up her position in the home. It was the first stirrings of women’s choice to support themselves and the precursor to the suffragette movement. There’s a lot of outdated rhetoric going on in Dracula from gay panic to emasculation and xenophobia, but at the heart of the novel stands a woman who gets stuff done when the men are rendered completely useless under Dracula’s thrall. When the men are all falling apart, Mina’s there, typing up notes for everything surrounding their fight against the big bad that will eventually lead to Dracula’s defeat. Mina’s subtle strength in the novel begs the question, where would men be without us pulling the strings in the background?

The Ladies of Six of Crows

A very recent addition to my list, Leigh Bardugo brings us Inej and Nina, who could not be more different from each other. Both are members of a dangerous band of outcasts. They call Inej the Wraith, for her climbing stealth and Nina, the Heart Renderer, for her ability to manipulate heart-rates. These girls could kill anyone in a moment’s notice and still have time to dream wistfully about sharing brunches full of waffles and chocolate strawberries. Bardugo’s bringing something else important to the table in making sure her readers know Nina’s a big girl. Fat’s no longer a bad word and Bardugo makes certain the girls reading this series know that.

There are a lot of fun things going on in Pacific Rim, but Mako clinches it for me. She’s another lady placed in a male-dominated environment. In a reality where giant Godzilla-like monsters are  wreaking havoc on the world, there are shockingly few women stepping forward to power the giant robots built to fight them. And just when people think she’s not strong enough to step up to the occasion, she proves everyone wrong. Not only that, but the men in her corner encourage her to do so. Raleigh and Mako’s tag-team relationship works so well because they’re compatible without romance getting in the way. They’re drift compatible because they are equals and Raleigh delights in this knowledge. And hey, they save the world together. So who says men and women can’t work together for a bigger cause? Let’s lean into this gender equality a little more. Women’s strength is an asset.

Who are some of your favourite female characters? Which fictional ladies inspire you?